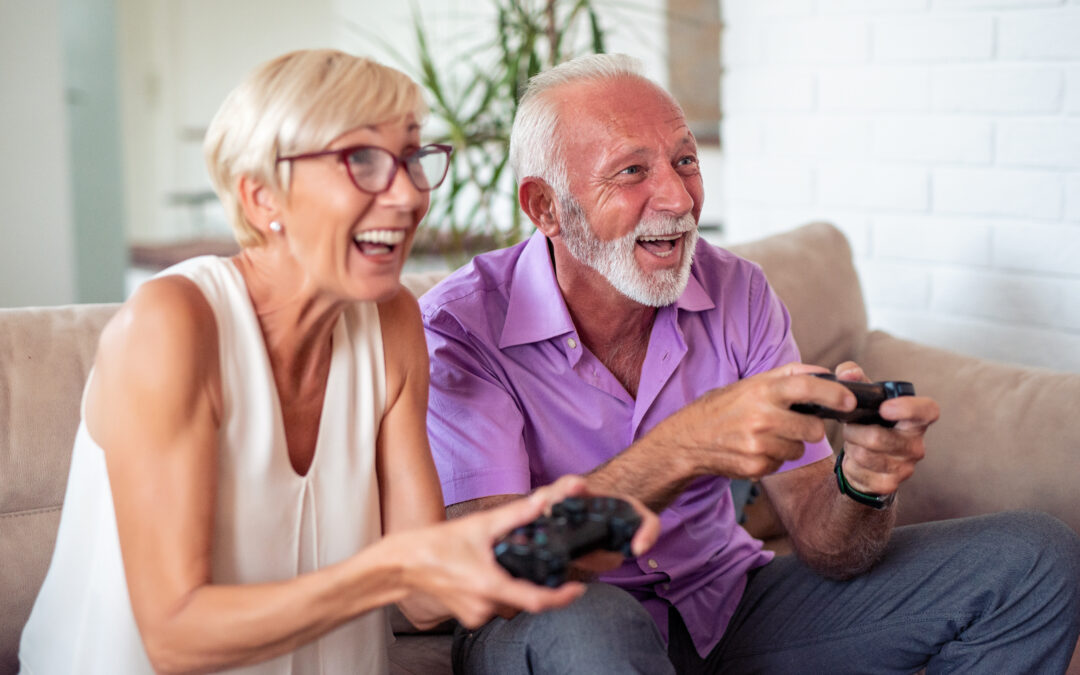 If you think that playing online video games is just for kids, think again. An increasing number of older Americans are becoming “gamers.” In fact, according to a recent study by AARP, video games are booming among people 50 and older. The study revealed that the number of older adults who play video games went from 40.2 million in 2016 to 50.6 million in 2019.  And since we’ve all had extra time on our hands due to the COVID-19 pandemic, that number has assuredly risen even more this year. So if you’re looking for ways to beat boredom, consider challenging yourself with some playtime on your computer or phone screen. Aside from something to fill the time, video games offer the following benefits to seniors: